We provide some insider tips on how airlines can reduce the costs associated with some of their most expensive overheads.

Be smart when it comes to fuel

Airlines can save money through fuel hedging contracts that secure a fixed price for fuel over a certain period. If an airline has hedged a low fuel price and fuel prices increase they can benefit greatly from being locked into the lower price, sometimes for months or even years, consequently saving huge amounts of money.

However, fuel hedging has its risks; if oil prices fall below an airline’s agreed rate the operator will still have to pay the higher amount. And, as fuel prices are so volatile it’s hard to predict what way prices might go.

For example, the past year has seen fuel prices drop substantially (a 46.9 per cent reduction has been noted in September 2015 from prices recorded in September 2014, according to IATA), meaning those airlines that may have previously been enjoying cheaper rates through hedging are now having to pay above the odds to fly their planes.

Another way for airlines to cut costs when it comes to fuel is for them to refuel at their base airport rather than at other airports, as discounts are sometimes obtainable on home ground.

Having transparent finances is really important for the smooth, and profitable, running of any business. Airlines should keep everything from the cabin crew’s hotel expenses right through to engine overhaul costs on file. This allows for a year on year comparison to be drawn up in a bid to improve future expenditure and profit margins.

Keeping such huge amounts of data has always been a challenge for airlines, which is why platforms such as ENVISION are great tools to help operators stay on top of things, and that includes expenses.

We all know that an aircraft is a huge investment and the insurance is just another overhead for an airline to fork out for. Therefore, as people would with car insurance, an airline should most certainly shop around.

The key is for your insurance provider and underwriter to know your business as much as possible. An underwriter might consider offering a better rate to an airline that has taken out extra safety measures in its hangars, for example.

Where there is a fee to be paid there is a negotiation to be made. While an airline might not be able to grab a bargain at large airports like LAX or London’s Heathrow, smaller airports that are still well within reach of larger hubs and tourist destinations may be able to offer more attractive fees, resulting in notable savings for airlines.

Something else airlines can benefit from remembering is that many passengers are more than happy to fly to a smaller outer city airport, if it means a cheaper ticket. And, by an airline achieving substantial savings in other areas they are able to offer more attractive airfares for customers.

Scope out the market

Indeed having one service provider that offers everything under the one roof is hugely appealing and presents itself as a cost-effective solution for airlines.

And, the market has most definitely seen a trend in companies consolidating in order to offer more comprehensive and better value care packages.

However, while there is no denying service providers that work on everything from avionics to airframe repairs are highly sought after, it is good practise for airlines to scope out what other opportunities the current market has to offer.

Sometimes small-term contracts from independent service providers can give airlines more flexibility through break clauses and contract revisions – two things that airlines should insist on having, especially when entering into new business.

As today’s market is highly competitive and fuel prices are at an all time low, airlines should embrace the power that they have to make their solutions work for them financially. 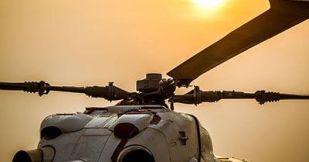 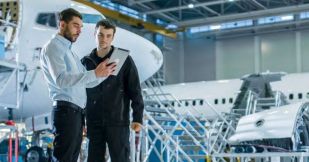 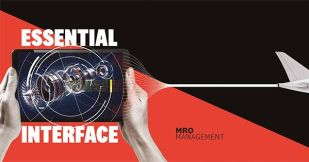